5 Animals That Surprisingly Got Their Names From Other Animals

There are so many animals out there, it’s hard to come up with more unique names. Sometimes you just have to describe them with names of other animals that already exist. Here are 5 examples of creatures that share names with their fellow friends of the animal kingdom.

The large single horn is pretty much synonymous with the rhinoceros, so if a beetle has it, you can’t really think of a better name. Much like its namesake, its horn is used for battling with males during the mating season. While there are actually more than 1,500 species of rhinoceros beetle, they all have one thing in common; the horned head. As fierce as they may look to their fellow insects, to humans they are harmless. In fact, they are even kept as pets in some parts of the world.

The elephant pretty much-ruined everything for creatures with big noses. Such is the case for the elephant shew, a rodent-like creature that has a large snout which it uses to suck up little bugs on the ground. Despite its miniature stature, they are oddly closer to elephants than actual shrews, putting them in the family of tenrecs, hyraxes, and aardvarks.

The smallest living bird in the world, the bee hummingbird grows to a maximum length of 2.4 inches and weighs less than a penny. They move around almost like a buzzing bee, hence the name.  The bee hummingbird also happens to be brightly colored and feeds on nectar.

Alternatively known as the wolverine, it’s also appropriately called the skunk bear has it has the same odorous scent glands. The scent is used to both mark territory, as well as grab the attention of potential mates. Much like the skunk the smell that emits is pretty stinky! 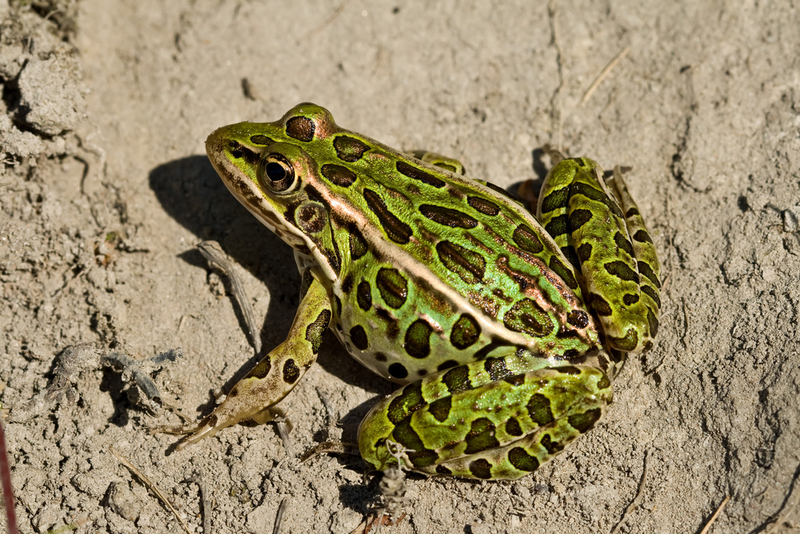 Just looking at this frog makes you think of a leopard, as odd as that may sound. The distinct brownish spots very much resemble the big cat, and they pop out even more against the contrasting green skin. While there are 14 species of this type of frog, they all have that spotted appearance. These are frogs are interestingly used in science and medical research for subjects form neurology to cancer,

A Man Built A Bird Feeder That Accepts Bottle Caps For Food
Hans Forsberg worked with robotics on industrial applications and learned how he could put his knowledge to fair use.

The Real Reason We Don’t Eat Turtle Soup Anymore
Turtle soup declined in popularity in the twentieth century with the rise of more affordable foods.