September 15, 2021 | Ish Bautista
Share on Facebook
Greyhounds gained popularity for their role in Greyhound racing and coursing games. Coursing games pertain to the pursuit of other animals by dogs, specifically greyhounds. Coursing was a popular sport that involved Greyhounds chasing after hares, deers, and rabbits. Back then, it was common for society to engage in this sport, but thankfully, as time went on, the sport ditched the crueler parts but kept the racing. Here are some interesting facts about how Greyhound Racing began. 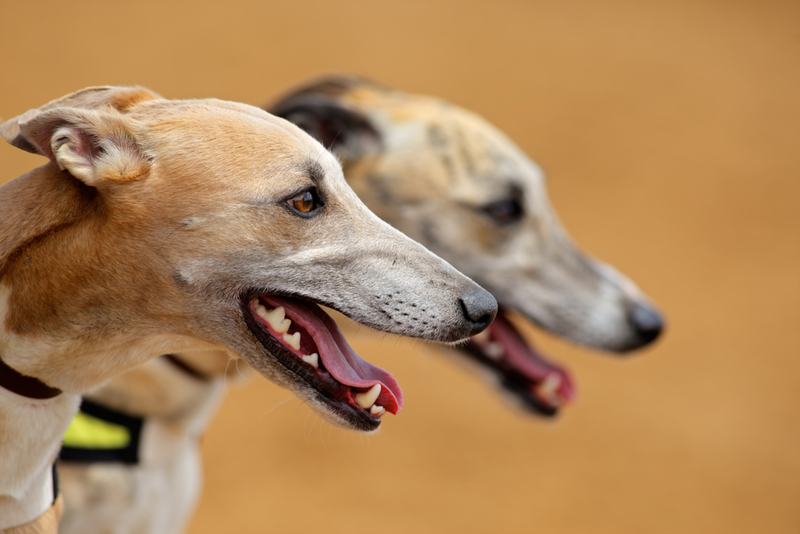 Betting Was Part of Racing

In 1936, the sport was gaining widespread popularity and people turned to greyhound racing to escape from their repetitive lives. The rise of the sport and betting came hand in hand and it gained even more popularity in the 90s thanks to online betting,

The Rise of Greyhound Racing

The peak of Greyhound Racing began in the United Kingdom in 1946. There were around 34 million spectators in 1946 and over 200 independent tracks in the entire UK. In the 50s, the sport died down a bit more due to the influx of casinos where people would be placing more of their bets there rather than in Greyhound racing.

Some Big Names in the Game

Mick the Miller is one of the most important Greyhounds of all time. His 3-year stint earned him various titles including being the winner of the treble of the derby, the Cesarewitch, and more. He was so popular that he was even featured in films. Even after his passing, the Natural History Museum in Hertfordshire decided to stuff him to immortalize his existence. Scurlogue Champ the greyhound is another important name in the game. He was known to be slow at the beginning of races but later on, he would sprint and make it to first place. From 63 races, he won 51 times which is a whopping amount, and any person who’s seen him perform live can attest that it’s quite the spectacle to see him run.

The Biggest Match of all Time

In 1985, the greyhound racing match was performed at the Wembley Stadium. It was one of the most anticipated races in British greyhound racing history. Scurlogue Champ was supposed to win the match but he fell short and decided not to finish the race, giving Ballyregan Bob the title of champion. Greyhounds are incredibly talented animals yet they can sometimes be shy in person especially around strangers. The determination of a greyhound is admirable to witness and watching them perform is akin to watching a sports tournament unfold.

Top Three Players In The MLS
The MLS is the United States of America’s professional football league and every season some players play big roles in the success of their various teams. These are the top..