September 16, 2020 | Zoe Karbe
Share on Facebook
The Olympic sport “Dressage”, literally translated from the French term meaning “training” is a highly-skilled exhibitionist style riding. The sport is considered to be an art of pure horse riding mastery where horse and rider perform a series of predetermined movements all from memory. The classic sport has been around for some time but recently gained popularity in the United States. Here are some fun facts about the elite equestrian sport! It will leave you wanting to jump on a horse and try it out for yourself. 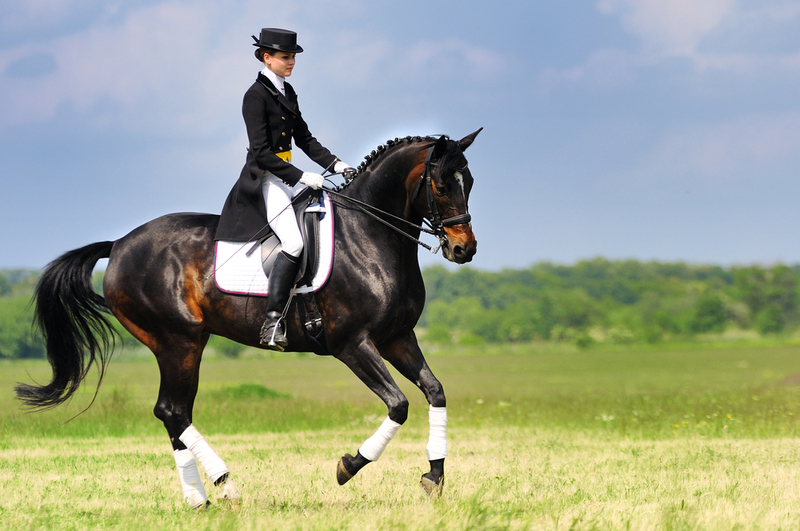 The sport developed initially as an art form based on training for battle, and not as a competition. It rose in popularity during the Renaissance. Since then it’s been developed to become a competitive sport set in a 20 x 60-meter arena, marked by a series of letters that indicate where specific movements should be done. Dressage was not a competitive sport until it was introduced to the Olympics in 1912.

It’s All About Accuracy

Judges assess accuracy, athleticism, artistry and, level of training. Movements are scored on a scale of one to 10 — the higher the score, the better. Also, the better the horse responds to cues and commands, the better results  Some moves can include a canter Pirouette (a 360-degree turn in place), a Piaffe (trotting in place) and Flying Changes (these make it appear as though the horse is skipping). It’s almost like ballet for horses!

It Took Off In The U.S

It took decades for the sport to become popular in the States. By the early 1980s, more Americans had visited Europe and began to learn from the French art form. Slowly horsed began to be bred for this purpose.  It’s now super popular and was even dubbed the “Official Colbert Report Sport of the Summer.” by talkshow host, Stephen Cobert.

How to Prevent Your Dog From Biting
In any given year, almost one million people are bitten by a dog badly enough that it needs treatment. Children, in particular, are a target, but there are many reasons why dogs..

The Science Behind Polydactyl Multi-Toed Cats
This inherent physical anomaly called polydactyly is pretty prevalent among cats. The result of extra toes was actually believed to be a positive thing, making them better hunters...