How would you feel if you suddenly find a horse inside your basement after you arrive home from work? This is exactly what confronted a woman from Inver Grove Heights in Minnesota who, after the shocking discovery, hysterically contacted the authorities because a horse apparently broke into her home in February 2019. What was the reason behind the animal’s bizarre behavior? Was it because of a strong need for food or perhaps shelter? Regardless of what it was, that particular night in February was surely something that everyone involved in the scene would forever remember for the rest of their lives.

The horse might have had enough of the stable life that’s why it invaded a woman’s home in Minnesota. In fact, it was so desperate to get inside the house that the horse broke through a locked door that led to the basement and simply remained in the room until it was found. The stallion didn’t succeed in galloping up the stairs towards the main floor of the house, however, to the homeowner’s relief. Nevertheless, the woman was still frightened and immediately requested backup. 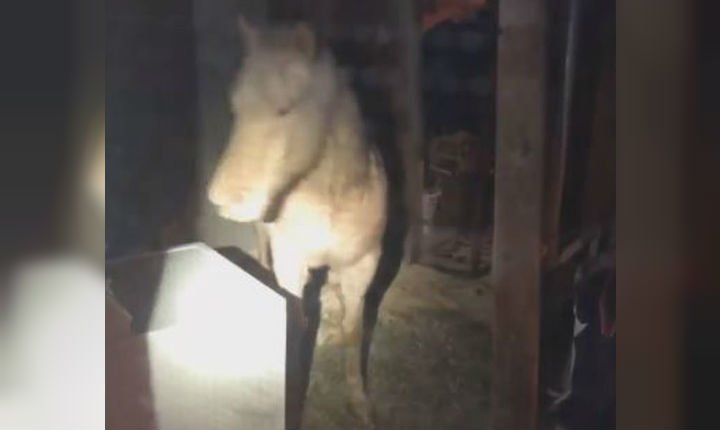 She contacted the cops and shortly after, the cavalry arrived and dealt with the menacing horse. Afterward, her life returned to normal, although one of the officers who responded to the incident, Sergeant Adam Wiederhoeft, remarked that it remained uncertain how the animal got inside the basement in the first place.

That peculiar case featured plenty of mysteries. For instance, how on earth did the Stallion succeed in opening the door? Horses have hooves for feet or hands depending on your perspective but either way, hooves prove quite problematic when it comes to using conventional doors. So did the horse kick the door open? What’s the exact reason that would explain its forced entry? Since the animals are incapable of speaking, except if the horse is Mr. Ed, the case will sadly remain an unsolved mystery. 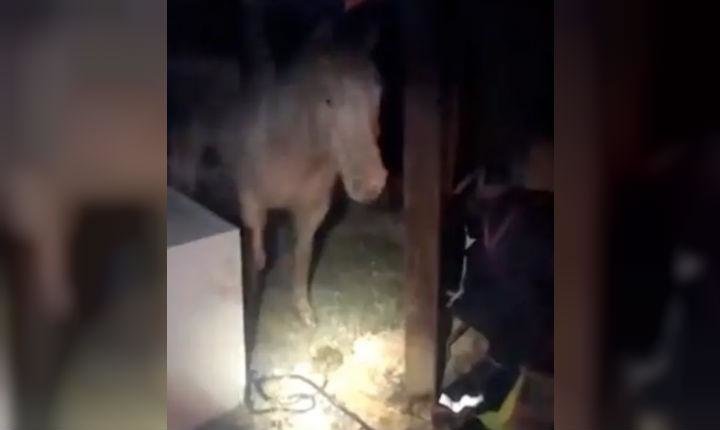 Fortunately, the Stallion was unable to climb further away from the basement because if he did, God knows what the woman’s house would have looked like afterward. The pale-colored Stallion stayed composed throughout the event and appeared to have caused panic solely to the rest of the people involved.

Numerous house breakers are caught “red-handed” but the Stallion in this story was apparently caught “red-hooved”. Perhaps it wasn’t in his intention to enter without permission? Nevertheless, the Inver Grove Heights Police Department released a recorded video of the Stallion while it was in the basement. Ever since it was released, the video started becoming viral on the web.

The moral of this story? No one can never really tell what they might run into inside their homes. In any event that you hear some kind of weird voice that sounds like “neigh” though, it might be in your best interest to contact the local authorities. There’s a chance that an unwelcome hooved guest has made its way inside your home.