How Is Disney’s Underdog Sports Movie Formula So Effective?

Disney has made a slew of big, sweet inspirational sports movies throughout the years. First, there was “The Love Bug” in 1968, which was then followed by the “Herbie” films in the 70s and 80s, but they helped establish a vital constituency in mainstream cinema with “The Mighty Ducks” in 1992. “Remember the Titans” (2000) is another film that still pulls at our heartstrings. Disney has given us at least one sports movie a year ever since then, and most bring a formulaic arc that defines a Disney sports movie as its own class of film. The unapologetically inspiring “McFarland USA” (2015) starred sports-staple Kevin Costner as high school cross country coach Jim White and this drama only add to Disney’s cinematic legacy.

America’s Fascination with the Underdog

The unconventional coach who guides a ragtag group of not-obvious athletes to imminent victory over the distinguished competition is a feel-good bit of American ideology and Disney pictures’ grand tradition. America’s fascination with the underdog, as it echoes the existence of America itself, is the crux of what sustains the success of this formula from picture to picture. Jim White settles in McFarland, CA, a mostly Latino town where he is extremely out of his element, earning the patronizing nickname “Blanco,” meaning “white” in Spanish. He is tasked with coaching an unremarkable football team, and he notices his players are swift on their feet and keen to run, leading him to form the school’s first-ever cross country team. The dedicated and disciplined work ethic his students possess from their before- and after-school jobs only serves to Jim White’s benefit, as he cultivates those qualities into the sport.

We Know it’s Coming, But We’re Still Proud When it Happens

Of course, the boys’ first event results in a catastrophic failure, an obvious expectation for any Disney sports picture. But, McFarland eventually scrapes out their first win, and it only gets better from there. The more affluent schools McFarland competes against dismiss the team as unworthy, only to find themselves reminded cross country isn’t a sport won by fancy uniforms and country club memberships. Even the team’s “anchor,” the chubby kid who doesn’t appear fit enough to run, gets his time to shine when the team wins the first-ever California cross country state championship. We all know it’s coming, but when the moment arrives, we don’t feel any less impressed with their accomplishment. 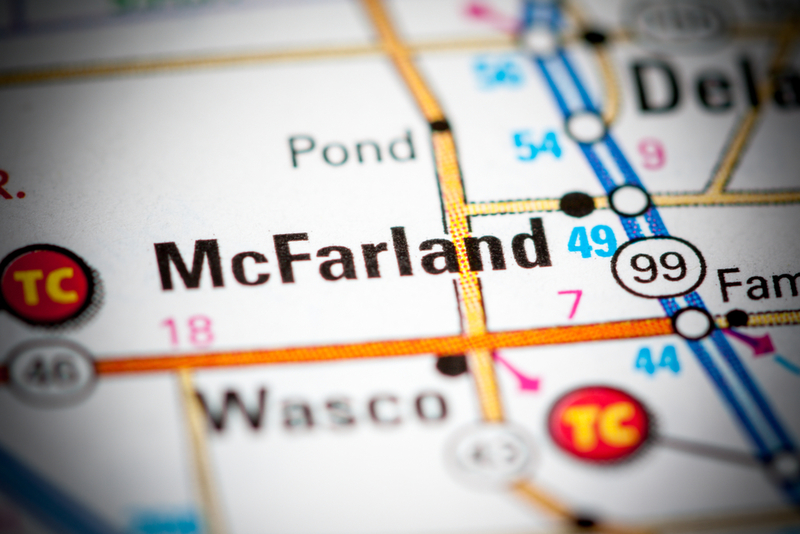 But there’s a more important narrative being told about the hard-working agricultural families that inhabit the impoverished town. It’s told through beautifully-shot, wide-angle framing of beautiful California landscapes. It’s depicted in the dust-covered streets of downtown McFarland, through the free-range chickens roaming its citizens’ backyards and through vegetable picking and Quinceañeras. “McFarland USA” is a movie about cultural exchange, the influence of hard work and determination, and the realization that the American dream still exists, however difficult it can sometimes be to recognize. 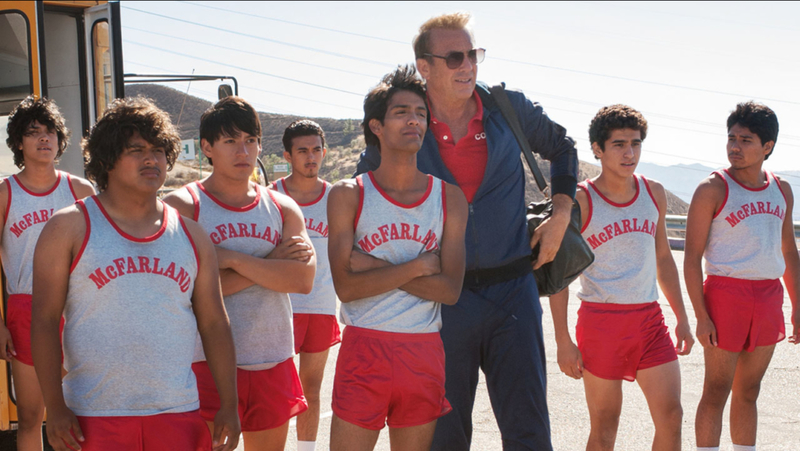 In an interview, Kevin Costner stated, “If you want to make a great sports movie, don’t put too much sports in it. It’s just the backdrop. The movie is about, if you work harder you can get better, and you can be more than you think. It’s just set in the world of cross country.” Almost anyone who’s seen a few Disney sports films could write the storyboard for the next one – but as Costner related, they’re not about the sports. Disney’s formula continues to be powerful because it creates an opportunity for greater, more universal messages about hope and perseverance, relevant well beyond the spectrum of athletics.