February 24, 2021 | Michelle Muller
Share on Facebook
We all have a calling to fulfill in life, and for some people, that calling involves helping animals. As animal lovers, we are probably inclined to help animals in our own way; we might give money to different animal charities or volunteer our time when we can. While we all do our part in whatever way we can, some people can go that bit further.

The Man with a Plan

But one man, Lee Asher, has taken his love for dogs and turned it into the ultimate charity adventure. Selling everything he owned, Lee quit his job and packed up his life as he knew it to hit the road and rescue shelter dogs. Alongside a friend and their own six dogs, the two got into an RV and set off on their rescue mission. He has been active on social media, hoping that his posts will inspire people to change their views on what kind of dogs shelter dogs actually are. Lee wants people to see that shelter dogs are not aggressive animals just because they are seen barking inside their kennels. He wants people to know that they’re normal, everyday dogs who just want love and affection. And that is why they bark because they want out. On any given day, Asher wakes up in his RV, surrounded by his dogs, which range from 2 to 14 years old. They’re all very different, and each has its own personality and backstory. Still, they do have one thing in common—they were all taken in by Asher when no one else wanted them. 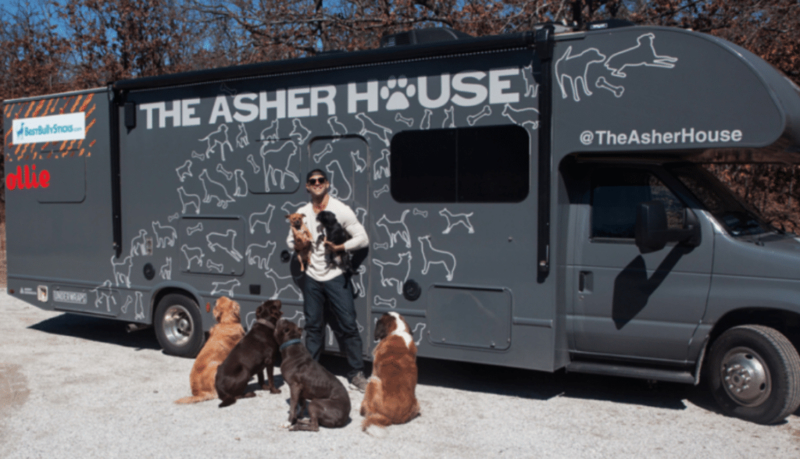 They have been to 31 states so far, and they’ve managed to rescue 90 dogs. While the two might be having quite the adventure with an RV full of sweet, loving pups, they are very much committed to making sure that they get all these dogs to where they can find their forever homes. And Lee and his friend are not particular about what dogs they help – they will happily rehome big or small dogs, young or old. Their ultimate goal is to try to clear out every dog from every shelter across the country. It’s definitely an ambitious goal, but there is no doubt that these two will be giving it their best shot.

The Benefits of Doga For You and Your Dog
Have you ever thought of doing yoga with your dog? They even a name for it – it's called Doga. And as it turns out there are some pretty decent reasons for pet owners to try..

How to Make It Through Your First Yoga Class Without Feeling Silly
People have all kinds of reasons for not wanting to join a yoga class. Everything from "I'm not flexible enough" to "yoga is so weird."