Pig Island: A Unique Beach Nestled in the Bahamas

May 8, 2022 | Marisha Desai
Share on Facebook
Pig Island, also known as Big Major Cay, is located in Exuma, Bahamas, and is home to the original pigs that were initially shipped there as livestock decades ago. The sailors that brought the pigs to the island were later forced to flee without the pigs in tow. 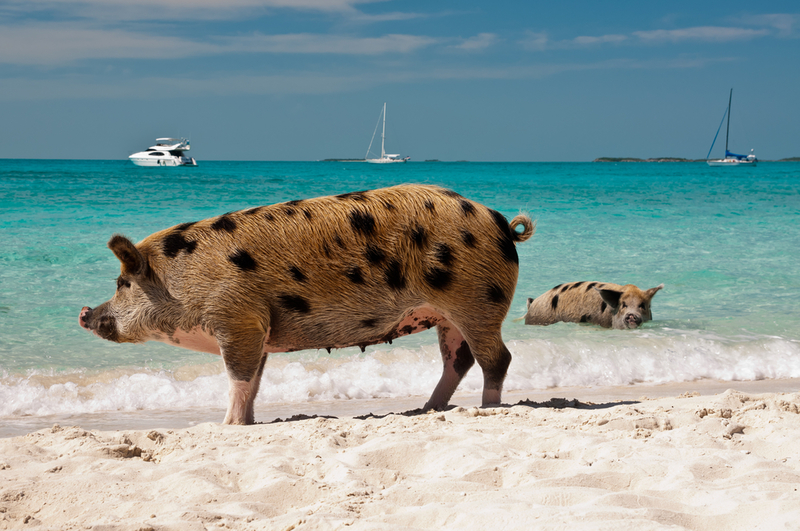 Shutterstock
Well, it turned out great for the pigs! They’ve been surviving in the sunny Bahamas for years.

It is best to visit this location early in the morning if you want to have an exclusive date with the pigs. Arrive at the beach by 9 a.m. at the latest so you may spend time with the pigs without being harassed by the crowds. After 12 p.m., the pigs are known to retire for a nap, and you don’t want to be disappointed when you return. Catch them in the first half of the day when they’re most active and take images for posterity. Remember to pat the pigs softly and stroke them. Pigs love love!

The peak season is from December through mid-April. It’s possible that your one-on-one time will be limited. The best times to visit are during the less congested shoulder seasons. The islands are quieter at that time, and the weather is still spectacular. The majority of group excursions happen between the hours of 10 a.m. and 3 p.m. 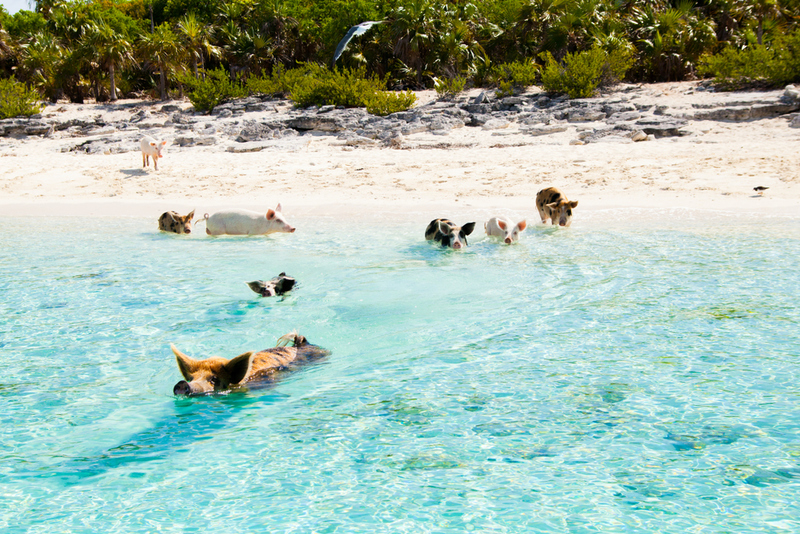 Show The Pigs Some Real Love

Although the swimming pigs are wild, they’re known to be very affectionate, even paddling out to say hello!  Although you are allowed to feed these four-legged devouring machines, you must only offer them pitted fruits and vegetables like apples and carrots. Because pigs can die from consuming too much sand, don’t leave food on the beach; just feed them while you’re in the water.