Rescuers from the Sunshine Dog Rescue found a poor girl wandering near a US-Mexico border gas station. They named her Georgia, and when they found her, she was barely getting by. On top of that, she tragically lost her whole litter of puppies as well—Georgia had to go through an emergency C-section. Still, sadly, the vets were not able to save her unborn pups as all of them were born prematurely. 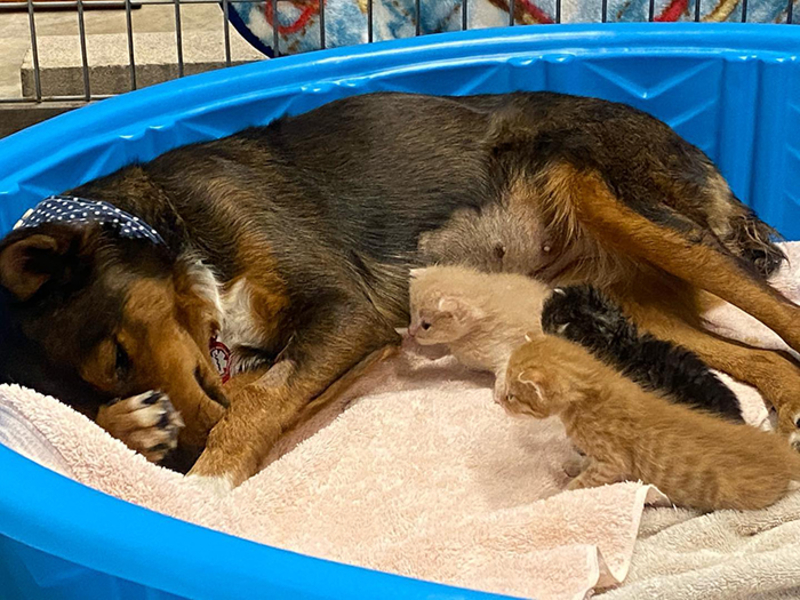 The sweet dog is an Australian shepherd mix, seeing as she had just lost her litter she became desperate trying to find her pups whom she’d already lost. She couldn’t understand where her puppies had gone. As we could expect, it’s sad for any mother to lose her babies. As the poor girl was still lactating from the hormones, her rescuers took to Facebook to find other puppies who might need breastfeeding. Coincidentally, four orphaned kittens were desperate for a caring mom. The founder of Sunshine Dog Rescue was reluctant at first as cats are an entirely different species, but soon enough, they proved to be a match. It’s not altogether unusual for one species to nurse another species, and this has happened before. 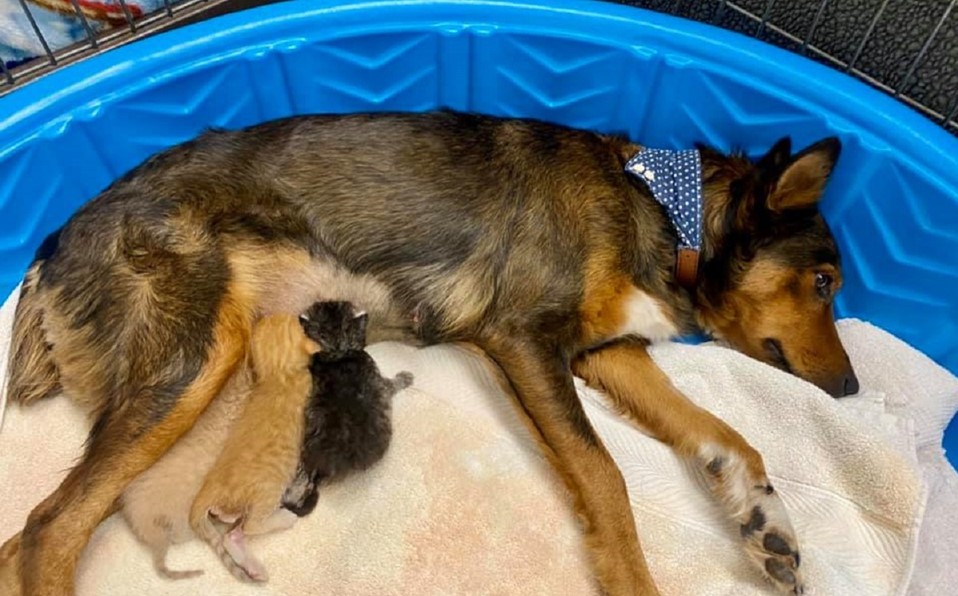 The ‘worst-case’ scenario was that Georgia wouldn’t take to the kittens, and the rescuers would have to feed them with cat formula milk. Talking about the beginning of the new family’s formation, the rescuers told the media: “We introduced them to her gently, we first brought one out and let her sniff it, and she seemed to accept it, so we got the others out. It’s incredible to see how she instantly calmed down. We think for the kittens they have no idea that Georgia is a dog. Fast forward to today, their new families have since adopted all four animals.