The Armadillo: A knight in Shining Armor

September 30, 2021 | Dana Ben Arye
Share on Facebook
What do you know about armadillos? Probably not a lot, but don’t worry, we are here to fix that. Just like knights, these cute little mammals carry an armor with them everywhere they go. Their armor supplies them with some protection against predators, and these confidant little guys are not even ashamed to cross the street as slowly as an old lady, which is why some people call them “Speed bumps.” 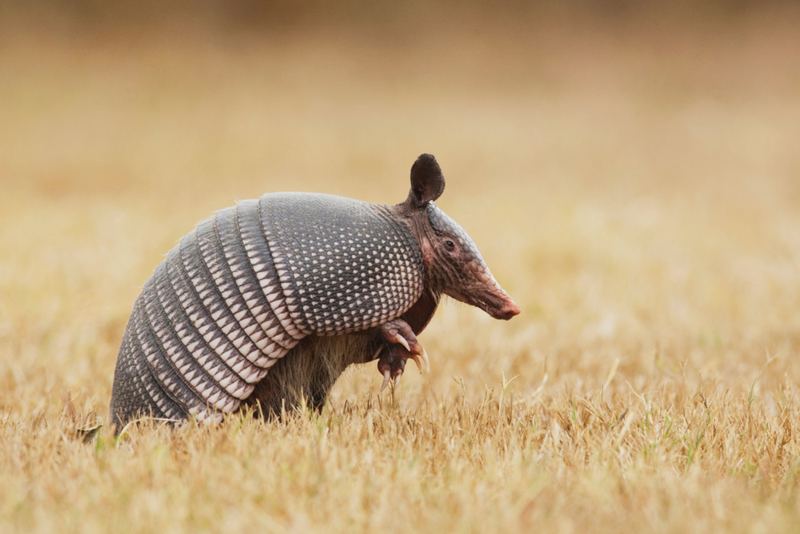 Alamy Stock Photo
Their name is in Spanish and it means “little armored one,” which indeed describes them perfectly, but they do have more than just a tough exterior. Armadillos don’t have the greatest eyesight but they make up for it with an amazing sense of smell. Just like moles, they like to dig in the dirt, and they enjoy feasting on insects, worms, and plants. The armadillo’s armor is harder than you’d expect, these tiny fellows are literally bulletproof. It has been reported that when shot with a pistol, the bullet bounces off and fires back at the shooter.  Now that’s what we’d call a defense that is a good offense.

Alamy Stock Photo
While all armadillos have armors, each type has a different amount of bands. Only the ones with three bands can actually roll themselves into a ball. They can be found in South America but they aren’t as common as the nine-banded ones. If you’ve ever seen an armadillo in the U.S.A. it was probably a nine-banded armadillo, as they are very prevalent in both South America and Mexico. Despite what their name suggests they don’t always have nine bands. They can have anywhere from seven to eleven. One bizarre fact about them is that they always give birth to a litter of identical quadruplets. All four little armadillo babies developed from one egg, isn’t that amazing? Nature never stops surprising us.