The Greatest Finishing Moves In The History Of The WWE

For sport fans all over the world, we know that players of different sports all have their signature moves, that one skill that gets the fans off their sits because they recognize what it means and in most cases, they are in awe of its efficacy, devastating effects on opponents and we fans love them for these moves. In the WWE, it is no different, now over the years, we have seen many great moves from our favorite WWE superstars. Here is a list of three all-time great finishing moves. Bret Hart isn’t particularly a dangerous looking man at first glance. I mean his curly hair makes look like a cool guy and all but he is dangerous in the ring. His finishing move known has the sharpshooter isn’t what you would can a nice harmless move. Wrestling fans from the 90s will remember this move particularly because it had Stone Cold (Steve Austin) screaming out in unimaginable pain. Because of efficacy of this move, many wrestlers have adopted overtime but in truth no one can see the vision better than the visionary himself. However, Sting also mastered the move to an enviable extent and he called his, the Scorpion Death Lock. (Scary)

Now this doesn’t sound brutal, does it? But if there’s one move that been knocking opponents out cold for years, it’s the Sweet Chin Music. The kick was not originally Shawn Michael’s but the man took it, reinvented, added his own spice, and BOOM, finishing move reborn in Michael’s image. Whenever Shawn Michael went into the corner of the ring, and started “turning up the band”, the fans knew what was inbound, a cold knockout kick to his opponents chin, and a nighty night for the unlucky foe. Shawn Michael, one time, served his special to his former tag team partner; Marty Jannety, sending him through a window (that must have real bad). It was with this move that Shawn Michael announced his arrival, created his superstar status, and carved a niche for himself in the WWE Hall of Fame. (Legend) 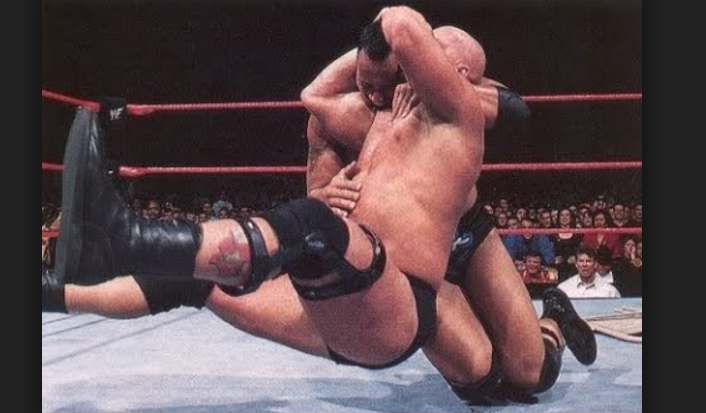 Top of the list of great finishing moves is the Stone Cold Stunner. You must have guessed it right, the move is owned by the man himself, the mean wrecking machine; Stone Cold (Steve Austin). This man still scares the living daylight out of me. He was physically intimidating, a powerful brute who wouldn’t want to tangle with, and this is one man who does not take well to losses.

Fans loved him, his attitude, his aura in the ring, and immediately he adopted his killer mover (Stone Cold Stunner) a legend was born. Watching his victims flop and flail like helpless zombies was really a sight to behold.

There are lots of moves when it comes to the WWE, too many to name them all but these three moves are the cream of the crop.