The Ugly Truth Behind Cat Cafes

Anyone who loves cats would probably love the idea of a little cafe where you can go, sip on some cappuccino, and share a table with an adorable furry friend. In theory, it’s quite a brilliant idea, but in practice, there are some dilemmas— and they’re not what you might think. Cat cafes got their start in Taiwan. The first one opened in 1998, and since then, hundreds have opened. They’re scattered across many countries, with Japan falling particularly hard for the concept. Now there are 255 feline-centric cafes in 37 different countries. Now that’s plenty of coffee and many cats, but unfortunately, not all of those cats are happy about the whole situation.

If anyone is asked to name a social, loving animal who revels in having attention showered on them, 24/7 is probably not going to call cats as one of those animals, and that’s at the heart of the problem with cat cafes. Cats Protection is the UK’s largest cat charity, and they’ve been speaking out about how a life confined to a busy, ever-changing environment filled with strangers is a nightmare for these felines. Cats are solitary creatures and need their alone time, so sharing close quarters with a dozen others isn’t ideal. Cats who do live in small groups still rely on stability and familiarity with the other cats to get along, and cat cafes who act as free-range adoption centers don’t allow them to build up relationships before the dynamic — and the cats — change. The constant presence of strangers can majorly stress them, and that is, by definition, what a cat cafe is going to have: strangers who want to pet and play with a cat who has no idea who these weird, touchy-feely people are. Bottom line: cats need stability, and cat cafes don’t offer it. 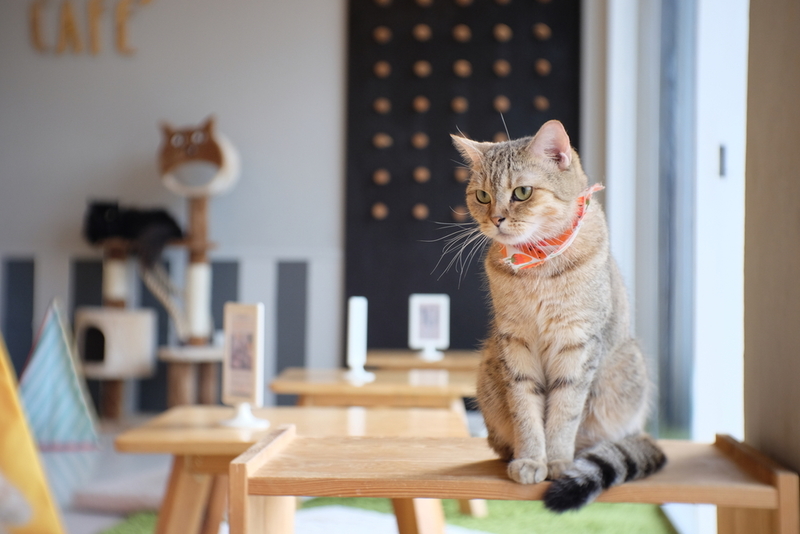 The Potential for Disease and Illness

There’s another problem with keeping that many cats in such a confined area: if one gets sick, they’re all getting sick. In 2018, the City of San Antonio Animal Care Services intervened and pulled two cats from the San Antonio Cat Cafe. They ordered the remaining 54 cats to be quarantined. The biggest problems were ringworm and FIP, a normally fatal disease of the intestine. The Miami Herald didn’t confirm the source of the group’s contamination. Still, investigators were able to guess what happened — they’d found 36 cats that weren’t fully vaccinated before being introduced to the group. This investigation was triggered by a report from a former employee, who claimed four cats had died during her time there. That cat cafe isn’t alone in this, either. Asian news service Coconuts reported on one cat cafe in Bangkok that had some severe health violations going on. No one was surprised — it came out the owner had already gotten in trouble for running another cat cafe where seven cats died from various illnesses. 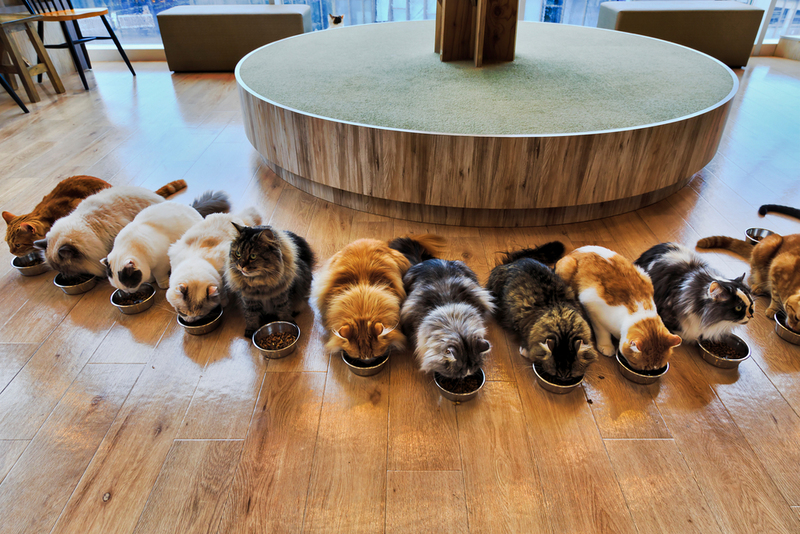 The Cats Bred for Cafe Life

Supporters of cat cafes often point to the potential for adoption as one of their good points, and you could argue anything that gets a cat into a safe and loving forever home is a good thing. The ASCPA says about 3.2 million cats end up in shelters every year, and around 860,000 of them will be euthanized. That’s a devastating number, which makes it pretty dark when you consider several cat cafes out there that rely on breeders for their stock. When Cat Cafe Manchester opened, the Manchester Evening News publicized their permanent cat roster, filled with beautiful and purebred Maine Coons, Bengals, Norwegian Forest Cats, Ragdolls, Russian Blues, and Chinchilla Persians. Outlets like The Skinny condemned them for it, saying no responsible cat cafe should support breeders, and adding that sourcing cats this way means they’re 100 percent about using cats as money-making entertainment. That particular cat cafe isn’t alone, either. New Zealand’s Fancy Meow boasts they’re the city’s first purebred-only cat cafe, but they do arrange “adoptions.”

Top Hazardous Household Items for Dogs
Every year hundreds, if not thousands, of our beloved pets get poisoned by common items lying around the house. This is based on the statistics gathered by the Animal Poison..

Where Did the Lazy Susan Get Its Name?
Walking into your favorite dim sum place, you're greeted with a very familiar scene, one of the pleasing smells and a somewhat large table prominently holding a lazy Susan in..