It’s a nice evening time and you’re on a date. You have your best clothes on, you’ve sprayed on some of your favorite perfume, and you’re generally trying to show off the most attractive parts of your personality. You may not even realize but you’re performing your very own human mating ritual — practices biologically designed to make us more appealing to a potential partner. As you probably know, animals on earth also have their own mating rituals, some pretty similar to what we do as humans. However, some of those rituals, specifically among birds, can be unbelievably wild, or bizarre, or both. Here are just a few examples.

When it’s time for this elaborately dressed bird to attract a female, it won’t just settle for its poofy plumage. Other than that and the beautiful fan of tail feathers, the greater sage-grouse will also use the two air sacs on his chest. His courtship display will include inflating the sacs and make sounds that can only be described as a high-pitched “whoop-whoop”. Native to North America, these birds live in large colonies and nest on the ground. This means that the mating ritual is performed in masses with many males trying to attract many females in a flashy, loud spectacle that attracts bird lovers and nature enthusiasts from all over the world. 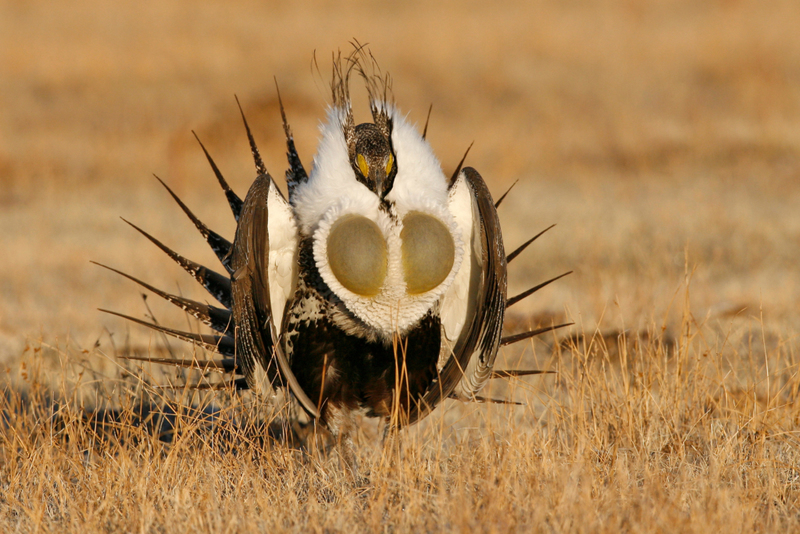 I could spend weeks talking about the various mating rituals and the unbelievable range of birds of paradise, but we only have so much time and so much room, so I had to pick one. That lucky bird is known as Wilson’s bird of paradise and its mating ritual is quite elaborate. First, the make finds a small clearing with a small perch and overhead sunlight. Then, he clears this little patch of land of anything green. Leaves, moss — it all has to go. Once the place is squeaky clean, he calls on the female to come to sit on the perch and watch him from overhead. Once she’s in position, the male tilts his head back and reveals the feathers on his throat. When the sun hits him just right, this patch of feathers flashes a shade of green, which is especially intensified since there are no green leaves around to steal his thunder. 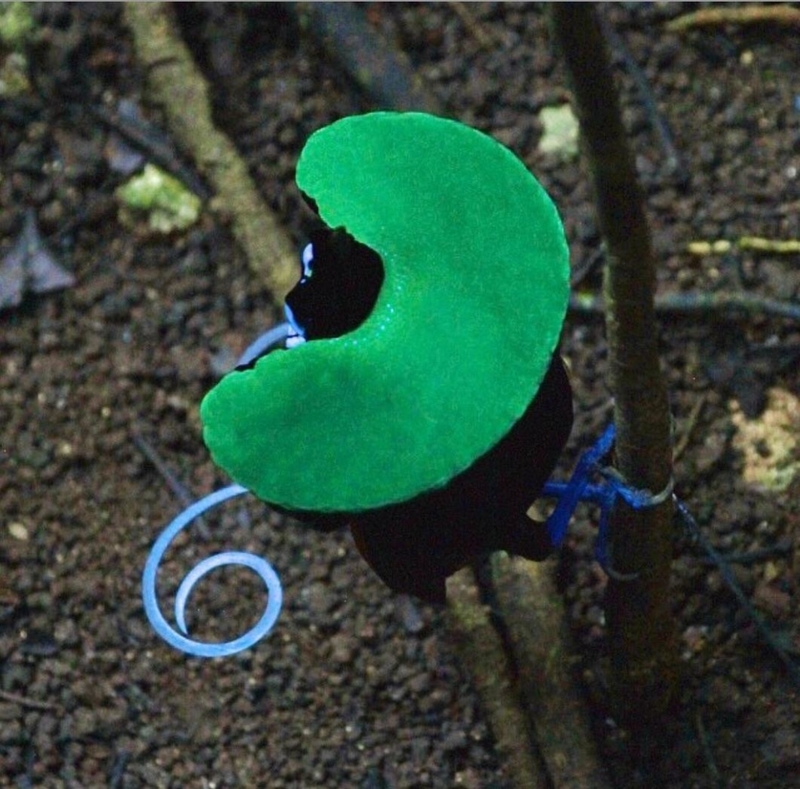 Now, this bird needs no introduction. Everybody knows this pink, stylish, one-leg-standing bird. Some of you might even know that flamingos aren’t born pink but turn pink as a result of eating certain kinds of shrimp and algae. This happens around the age of five. But their mating dance? Not many people know about that. What happens during the mating season kind of resembles a flash mob. The whole pack of flamingos will gather in the shallow waters of a salt flat and start parading around like a huge, pink Mardi Gras float. They will call, stretch their necks and turn their heads in every direction until they ultimately split into pairs and let the baby-making begin. 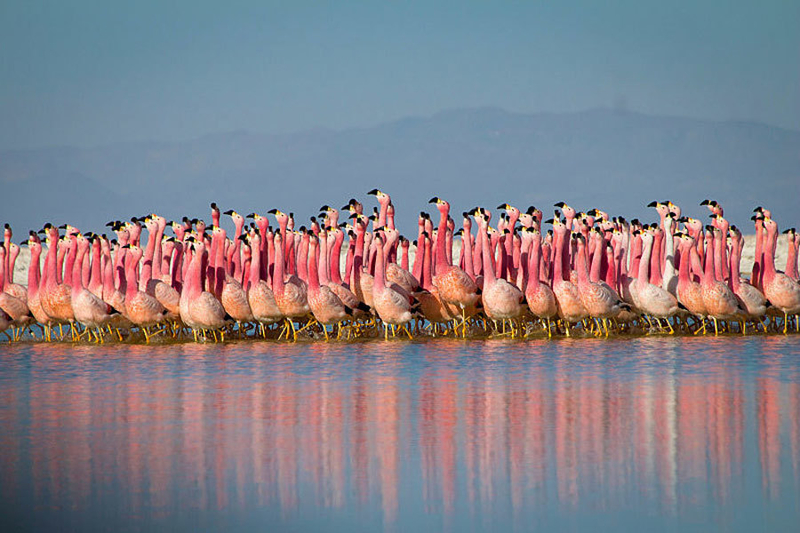