What Happens When You Drink Almond Milk Every Day

June 8, 2022 | Michelle Muller
Share on Facebook
Almond milk has become a popular, dairy-free alternative for many who prefer to avoid dairy or are merely looking to drink their coffee with an option that’s either better or as good as traditional choices. When it comes to caloric content, a cup of almond milk is somewhere around 30 calories, while the same amount of skim milk will be about 86 calories, to be precise. 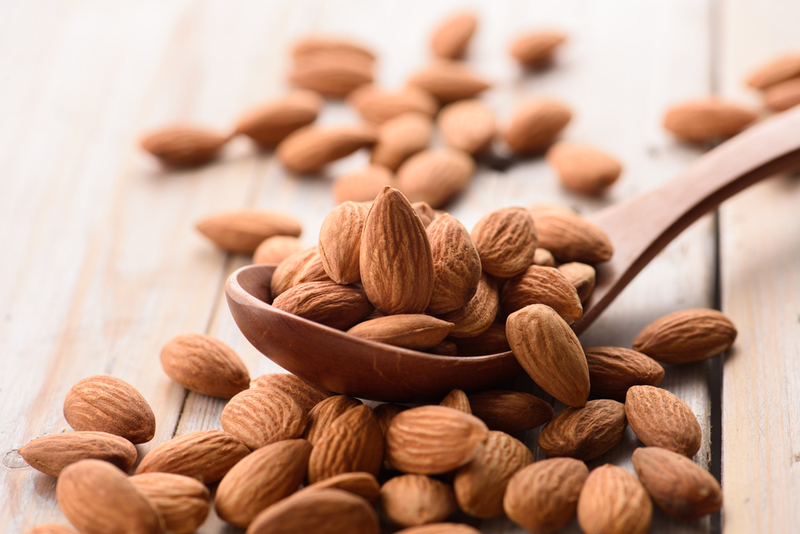 Shutterstock
Almond milk also has a bunch of perks, such as the fact that the almond milk varieties that you get off the shelves are often enriched with nutrients like vitamin E, calcium, and vitamin D. When selecting almond milk, it’s good to choose a brand that doesn’t contain excessive amounts of sugar, though occasionally a splash of sweetened almond milk in your coffee serves as an excellent sweetener and cream in one. It’s been linked to health benefits such as helping you fight against cancer and keeping your glucose levels in check, thanks to its low sugar levels.

Not All Brands of Almond Milk are Created Equal

It’s indisputable that almond milk has now become a rather popular alternative if you are dairy-free. According to Popular Science, the demand for almond milk rose by 250 percent between 2010 and 2015. However, consuming almond milk requires you to be a bit mindful because almond milk, in general, isn’t the same. Each brand will have a separate nutritional profile, and you need to pay attention to the labels on that milk carton you’ve been eyeing. UCSF Office of Sustainability explains some varieties of almond milk may cause digestive issues because of a thickening agent called carrageenan, something you should be wary of.

Additionally, almond milk is suitable for some but not a sustainable choice for others, especially if you’re looking at giving almond milk to infants who need far more nutrition than what’s on offer in a cup of almond milk. Almond milk is not very satisfying on account of its low protein content. A cup of almond milk has only one gram of protein, while a regular milk serving has eight grams of protein. Also, its benefits don’t quite stack up if you compare it to an ounce of almonds. Regular milk has six grams of protein and three grams of fiber.   Incorporating almond milk into your diet comes down to your personal preferences at the end of the day. Just stay mindful and know what you’re buying the next time you head out on a grocery run.

How To Handle Big Changes With Less Stress
Change is an inevitable constant, but there are things you can do to cope with it a little better.

Top Hazardous Household Items for Dogs
Every year hundreds, if not thousands, of our beloved pets get poisoned by common items lying around the house. This is based on the statistics gathered by the Animal Poison..

What Would Buddha Do? Buddhist Tips For a Better Life
Buddhism is filled with methods helping people from all walks of life discover essential truths.