Why Halva Might Be the Most Culturally Diverse Candy Ever

January 3, 2022 | Michelle Muller
Share on Facebook
Some foods seem to have deep roots in several modern-day countries, and halva is definitely one of them. But instead of spanning a few current countries, halva actually has ancient ties that span continents, making it one of the most culturally diverse candies globally. What we now know to be a fudge-like candy made with tahini or sunflower seed butter has a long history with many evolutions. 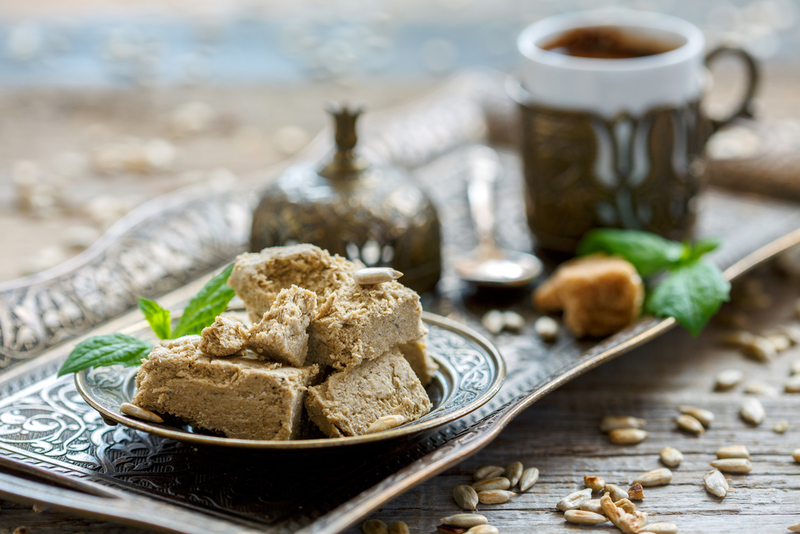 Shutterstock
Halva can be traced back to the 7th century as an Arabic invention. Its original name was “hulw,” which means “sweet” in Arabic. This early version of the sweet was made from dates and milk, though semolina, fruit, honey, nuts, and rose water were later added. Then, with every new culture the confection spread to, fresh ingredients were introduced into the mix. When “hulw” reached India, the name changed to “halva,” and more varieties were made with ingredients like ghee, spices, seeds, coconut milk, eggs, and more. South Asian versions usually added pistachios. However, the Egyptians also used pistachios, almonds, or pine nuts in their “Halawa”.

Middle Eastern influences included nuts, dried fruit, yogurt, honey, and spices in halva. But it was the Ottoman Turks who helped spread the sweet to Europe. There, halva was made with sesame oil, crushed sesame seeds, and honey, of course which most clearly resembles one version of halva still made and served today. Suleiman the Magnificent, who reigned from 1520 to 1566, the longest-ruling Ottoman sultan, was a huge enthusiast for halva. He even had a kitchen built next to his palace called the “helvahane,” or “house of halva.” Inside the “house of halva,” more than 30 different kinds of confection were made. One of those versions of the sweet was made with sesame tahini, which was passed from Ottoman-ruled Romanians on to Europe. 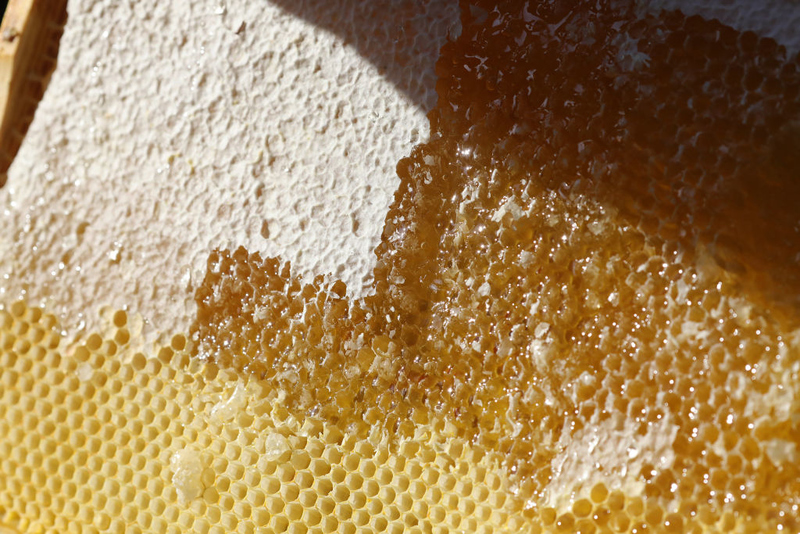 This take on halva spread through the continent by Ashkenazi Jews and eventually crossed Atlanta to the U.S. in the early 20th century. Though the first known recorded halva recipe surfaced from Moorish Spain in an early 13th century Arabic cookbook, ‘Kitab al-Tabikh,’ or The Book of Dishes, halva has a much longer and richer history than that. This ancient candy has survived hundreds of years and is celebrated in many cultures. So, it’s only fair to believe it could be the most culturally-diverse confection in the world.

Can You Share Your Shampoo With Your Dog?
It's your pup's bathtime and you've just realized you're our of doggie shampoo. It's pretty late and odds are you won't be able to get a fresh bottle until tomorrow. You're..

America’s Favorite Jam Might Surprise You
Jam is just fruit cooked with sugar, pectin, and an acid (like lemon juice) to yield a sweet spread perfect for filling in the crannies of an English muffin. The mashed fruit..

How to Not Annoy Your Cat
Find out how to stop annoying your feline and get on its good side!