Why Is My Dog’s Nose Always Wet?

You were sitting on your couch just chilling. You hear the pitter-patter of paws rushing towards you. The sound stops just beside the couch you were sitting on. Suddenly, you feel something on your hand. You glance and see that it’s your lovable pup, nuzzling against you. What you felt on your hand was actually the cute, wet nose of your pet. 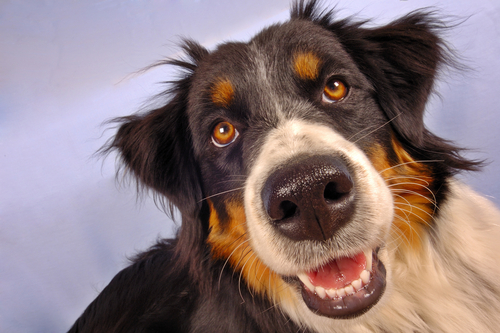 Like any other dog lover, there must have been a time you wanted to “boop the snoot” of that adorable dog. But have you ever wondered why sometimes your dog’s nose is wet and sometimes it’s not? There a lot of theories out there that try to answer this question. One theory is that since dogs always lick their noses, the saliva from the tongue helps the mucus produced by the nostril to moisten the snoot.

The combination of mucus and saliva improves your dog’s sense of smell. Dogs often sniff the air, don’t they? When they do that, tiny particles suspended in the air gets trapped in the thin layer of nasal mucus. When the dog licks his nose, his tongue picks up the particles trapped in his nose’s mucus. The tongue then touches an olfactory gland called Jacobson’s organ which is found on the roof of his mouth. From there, the dog then interprets the chemical compound found in the particles.

Aside from improving the dog’s sense of smell, a wet nose also cools down a dog when the weather is warm. For us humans, we have our sweat glands. When we sweat, our perspiration evaporates, cooling us down. Unlike humans, dogs do not sweat. They do have sweat glands but they’re only found on their nose and paw pads. To cool down, dogs pant. A dog’s usually covered in fur, but the nose isn’t. Their nose is covered with blood vessels and when they lick this, the theory suggests that the saliva acts and cools the blood vessels. The cooled blood circulates the dog’s body which in turn makes our pets feel cooler. 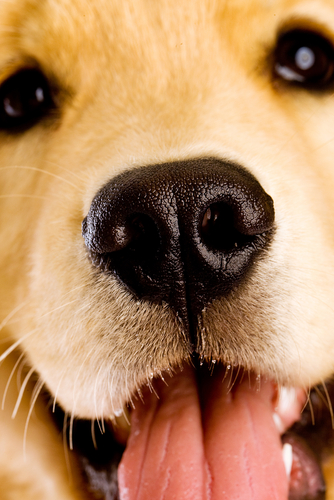 There are still times when a dog’s nose gets as dry as the Sahara. Don’t be alarmed. This doesn’t mean that your pup is sick. A number of reasons could explain the dryness in their snoot. One could be because your dog hasn’t been licking its nose for several hours. You could notice this in the morning or when they have been sleeping for hours. Certain breeds have their noses mostly dry, like pugs and bulldogs.

Age is also a factor since some older dogs produce less mucus. When should you be concerned? If you observe a change in the nose’s color, bleeding, or scaling, it would be best to approach your vet.   The bottom line is that the wetness or dryness of your dog’s nose doesn’t always indicate bad health. Chill. You’ll see that your dog is chilling as well.