Wondrous Mating Rituals: This Spider Dances to Get the Girl

May 30, 2021 | Dana Ben Arye
Share on Facebook
Nature is both fascinating and enchanting. From breath-taking views to peculiar-looking animals and unusual plants, it has so many different dazzling sights and phenomena that humans can explore and marvel at. One of these is the remarkable peacock spider, which has an elegant, glamorous tail, just like an actual peacock. Some of you might hate spiders, or even feel scared when you see one, but this guy is not an ordinary spider; it’s both charming and gentlemanly. Get ready to read awesome facts about this strange little guy. 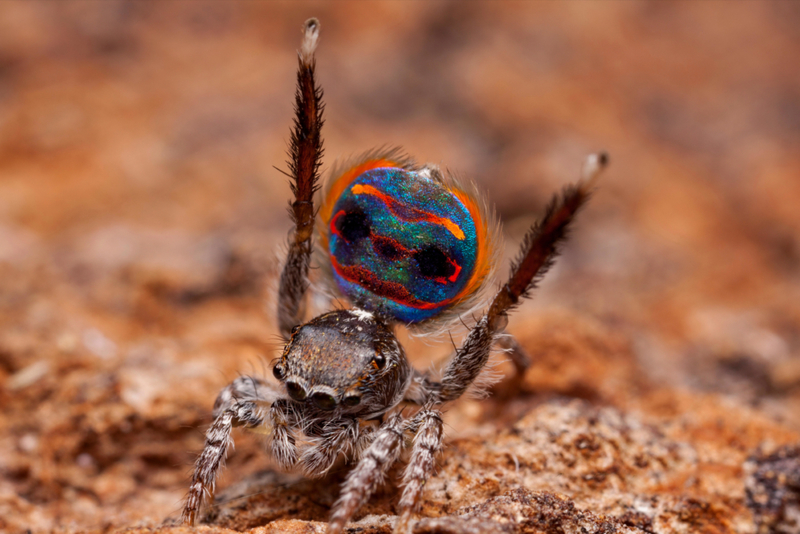 Alamy Stock Photo
The peacock spider’s scientific name is Genus Maratus. Despite having a flashy fan for a tail, this spider can be hard to spot. The biggest of these little guys only reaches 0.3 inches. Like most of their spider-siblings, the Maratus are venomous. But don’t worry, they might be able to hurt flies, but they can’t hurt humans as their jaws are way too tiny. These fellows are jumping spiders, which means they don’t spin webs. How do they catch their poor prey then? Well, just like lions, they pounce on it. They can actually knock down prey that’s three or four times bigger than them.

Alamy Stock Photo
Just like humans, peacock spiders love dancing. In order to impress a female and get her attention, the male must perform a novel, intricate dance. To make sure they always have their dancing outfits on, the males of the species have evolved to have fans on their butts, which feature rich iridescent colors. Each and every species has a different dance, but they all have two things in common: booty shaking and leg waving. A male’s dance has to be good and satisfactory before a female spider will agree to pick him. For these spiders, dancing isn’t just for fun; it’s a matter of life and death. The bad dancers usually get eaten by the females. 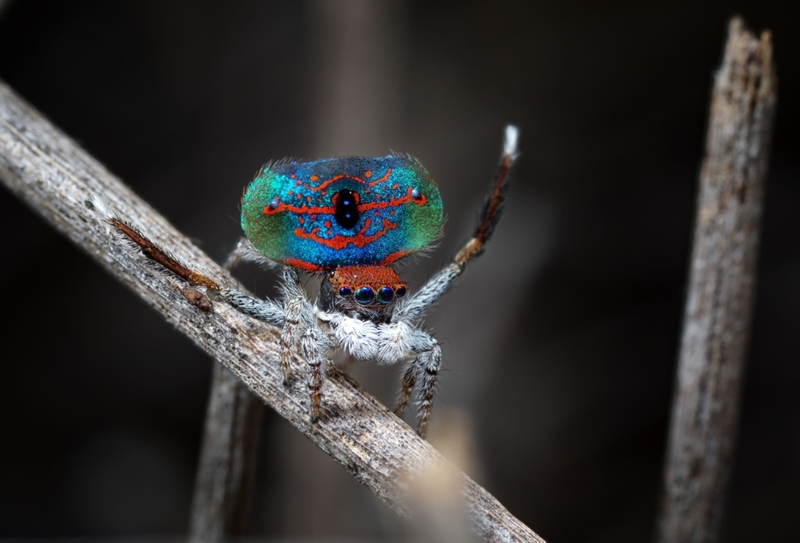 Alamy Stock Photo
When both the dance and the deed are done, the females lay six eggs, which is nothing compared to other spiders. While guarding the eggs, the female spider won’t move and won’t eat for two whole weeks, who said spiders can’t show motherly love? After two weeks, six adorable little baby spiders come out and the cycle of dancing and mating continues.