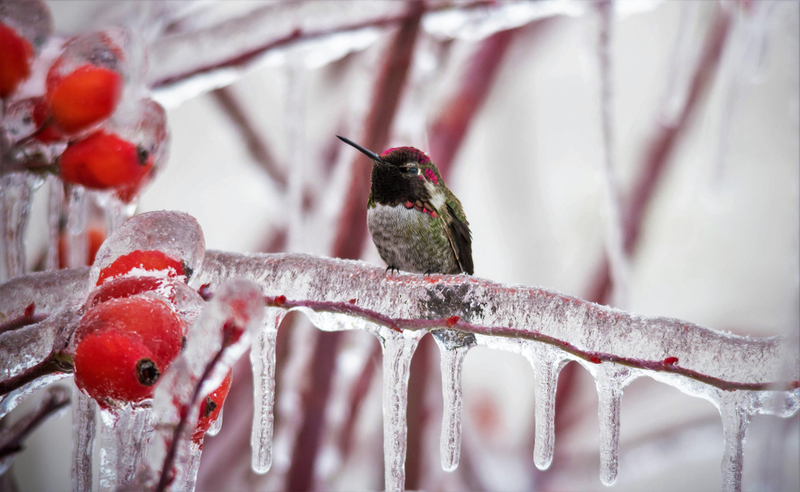 Shutterstock
Our vision of color relies on three types of cones—special cells sensitive to red, blue, or green light. However, there are many birds, reptiles, and fish that have an additional kind of cone that can pick up ultraviolet light. Hummingbirds made ideal candidates for these kinds of experiments because they are sugar fiends instinctively drawn to vivid colored flowers searching for nectar. For each experiment, the experts set up two bird feeders—one filled with nutritious sugar water and the other plain water. Besides, the feeders were two LED tubes, each of which emitted light in a different color. To make sure the birds weren’t memorizing the positions of the sugary reward, the researchers would periodically swap the locations of the feeder and LED pairs. And when they repeated the experiment using two LED tubes that emitted the same color, the birds were less likely to select the feeder with sugar water on their first visit; this meant that they weren’t using their sense of smell or some other cue to find their treat. 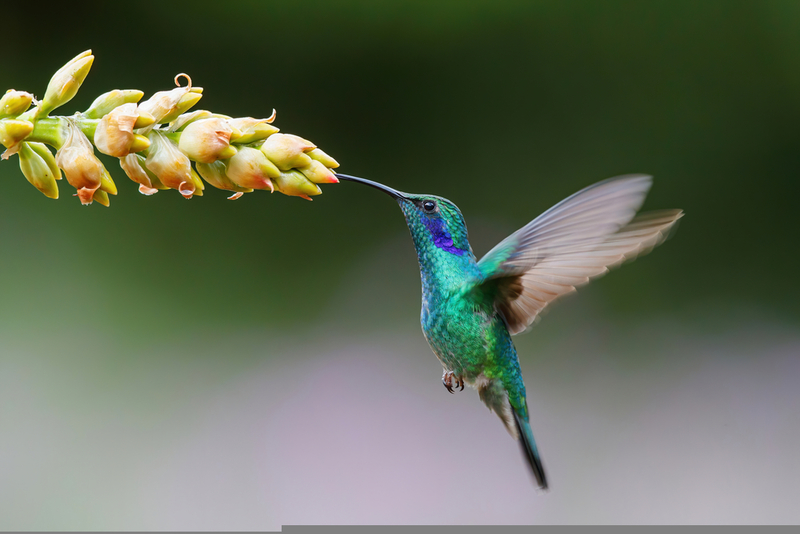 Shutterstock
The researchers checked the site for three consecutive years and performed 19 experiments in total that coerced the birds to distinguish between a variety of colors. Hummingbirds were found to be able to notice readily and could even tell apart two hues created from various mixtures of red and ultraviolet light. Birds likely see a world bathed in many of these hues, making feathers or plants appear very different than they do to us as humans. We can only imagine what it’s like for birds to experience this extra dimension of color perception; it may be akin to the enormous difference most humans perceive between black-and-white and color television. But, intriguing as these colors might be to us, birds probably don’t attach any unique significance to them. After all, it’s normal for them.