Giraffes are the tallest land animals we have roaming our beautiful earth, with adult giraffes standing up to 20 feet or 6 meters tall. While their exceptional height is common knowledge, many people don’t know how special these gentle giants are. Despite their towering stature, giraffes keep a relatively low profile, often quietly chewing on greenery in the background while other animals steal the spotlight. These majestic creatures need our help to avoid fading away in the wild.

Giraffes Hum to Each Other

It was long believed that giraffes are not very vocal animals, aside from the occasional grunt here and there. With their long necks, many scientists concluded that it would be tricky for giraffes to produce enough airflow to make audible sounds. However, biologists reported evidence of giraffes at three separate zoos humming to each other at night. There remains some mystery surrounding these hums, which the researchers describe as “rich in harmonic composition while having a deep and sustained sound.” The study’s authors speculated they might serve as contact calls to help the animals stay in touch after dark.

Newborn Giraffes Are Taller Than Some People

Newborn giraffes are roughly 6 feet or 1.8 meters tall at birth. The mother giraffe gives birth while standing up, so the calf endures a long drop to the hard ground. Yet the newborn still stands up on its spindly legs within about an hour of birth. This quick adjustment is essential, while adult giraffes are tall and massive enough to fend off most predators, the same isn’t right for their calves, about half of whom don’t survive their first year.

With so much of their height found in their necks, it would be reasonable to expect they have more neck vertebrae than we as humans do – but that would be wrong. Nearly all other mammals have seven cervical vertebrae; this includes giraffes and humans. As you can imagine, giraffes’ vertebrae are not like ours. A single vertebra in a giraffe’s neck measures up to 11 inches or 28 cm in length, which is longer than our entire neck. 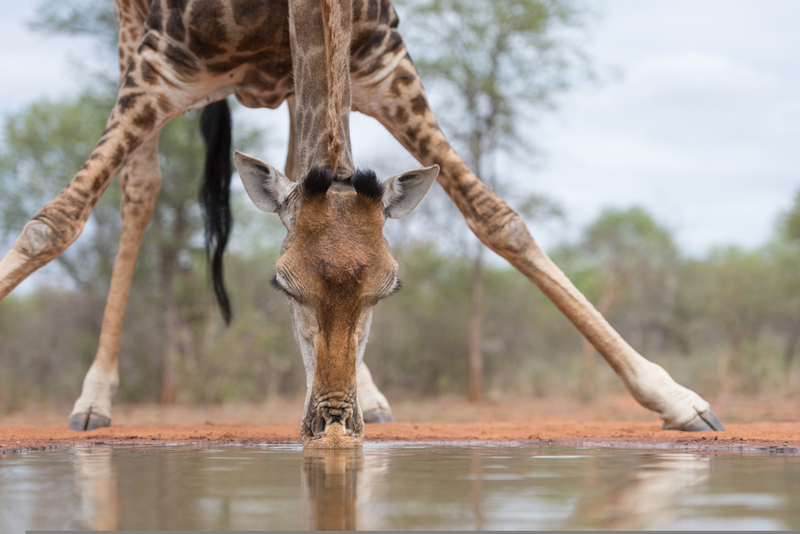 They Don’t Drink A Lot Of Water

The giraffe’s long neck makes it difficult to reach the ground as it isn’t exactly long enough to drink water while standing upright. To get its mouth down to a water source, a giraffe needs to either kneel or awkwardly splay out its legs. Even when water is readily available, giraffes only drink water every few days; they rarely drink it. Giraffes get most of their water from their food, which means they may be more resistant to drought.

What Blood Types Do Mosquitoes Prefer?
Mosquitoes probably like us more than we like them. But have you ever considered the possibility that those little buzzing pests could be playing favorites, opting for some of..